In the participatory workshops, the purpose is to increase the professional empowerment of workers with different professional background (for example social and day care workers) as well as strengthen the third country nationals’ awareness about Finnish society. The trainers of the workshops are immigrants living in Finland who are professionals in various ﬁelds and possess expertise in giving workshops. The trainers offer workshops using creative methods. The themes of the workshops are related to multicultural social and educational work, multicultural marriages, racism and prejudice, and are tailored in cooperation with participants.

In the project we organized 21 multicultural workshops last year 2013 but hope to do more this year 2014. The project is aiming to contribute multicultural dialogue and the two-way integration.

The project also aims to increase the cultural dialogue and break stereotypes between the Finnish majority and migrants. In 2013, there were ﬁve cultural exhibitions with Asian and African stories and art which would also continue this year 2014.

In addition to the cultural exhibitions, the project also would organize public seminars that would discuss on multiculturalism, racism and integration as two of such were done last year 2013. 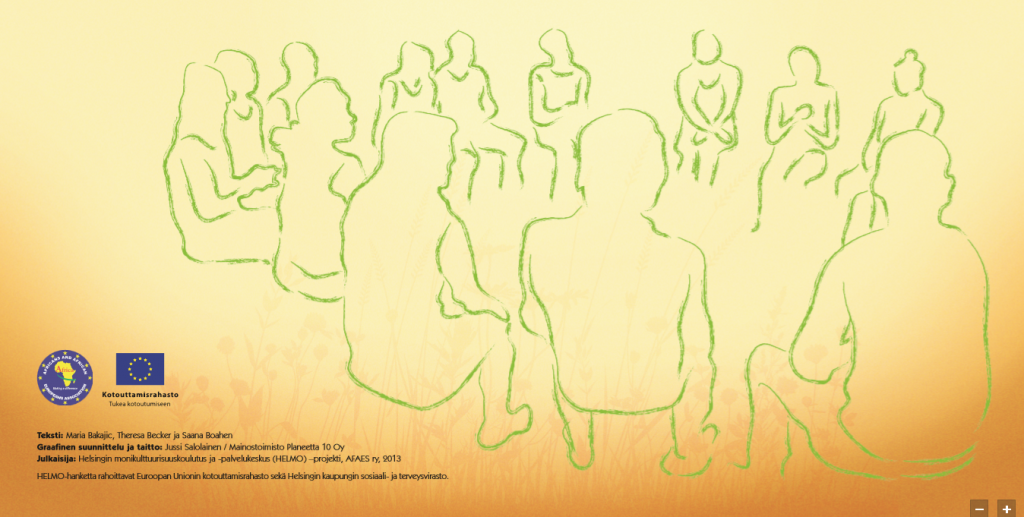